BRETT: You know, everything that's happening today, you name it... Name the story, look at the dynamic that's out there in the news cycle. Everything that is happening today was forecasted by Rush. He really saw it. He forewarned us. He told us what was coming. Look at some of the headlines that are out there moving, right?

Here's Forbes: "Student loan forgiveness review could lead to student loan cancellation, but there are problems." Gallup: "Americans' worry about catching covid-19 drops to record low." You knew once Biden and Harris got in that that was gonna become the narrative. You knew that once you had a Democrat majority in the House and in the Senate... 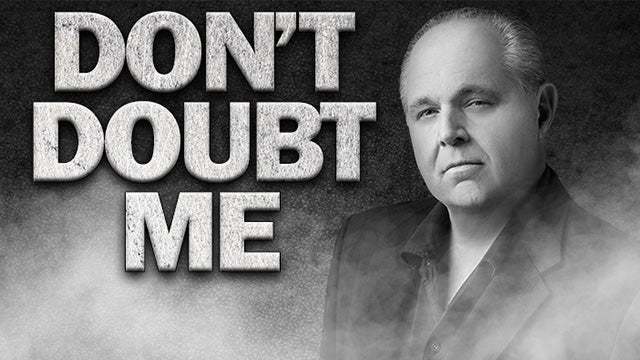 If you're a parent who sent your kid to school or you worked your way through school or you were sent through school by your parents, you don't get a break. But if you borrow money to stay in schools in these big, progressive institutions, you don't get the break. It's really frustrating. But it's mostly this teachers story that he is immensely frustrating.

I'm gonna be the guide for the next couple of days here on the Rush Limbaugh Show, and I'm gonna share with you some insights, 'cause I'm married to a teacher, and I have seen what has happened in this last year and a half as we ramped up into covidville and remained in covidville and now coming out of covidville. It's incredible.

And when you see this headline, "Los Angeles teachers get child-care stipend for young kids," who's keeping their kids? Who's keeping their kids? The most underappreciated group of people in the entire educational chain. Do you know who it is? It's the day care workers, the preschool workers who have been working this entire time, and I've never heard them saluted, not once by anybody.

They're running the pre-K, they're running the day care so people can get out and work -- doctors, front-line workers, retail workers, truck drivers, what have you. I know there are millions and millions of people who are taking care of their own children, obviously, and have had to make an accommodation in their lives -- leave a job, work remotely, do that sort of stuff.

And I know that teachers, by and large, want to get back into the classroom. But let's be honest: The unions are pulling the strings in every one of these turns. Rush told us that the Democratic Party -- or the Democrat Party -- is a socialist party. He warned us back in 2019.

RUSH: So for those of you who are new to the program -- and we try to get you up to speed as quickly as possible. We try to get you in context as it were, and that is, you need to understand some of the basic things I believe in order to then understand various aspects of my analysis of news events and stories as they occur.

The Democrat Party needs a permanent underclass, economic underclass. They need a permanent segment of the population in economic need. As people improve their economic circumstances and move up the income ladder and go from, say, poor to lower class to lower middle and then middle class, maybe upper class, as people improve themselves -- which happens for the most part with age.

As you get older, you learn more, you're capable of earning more, you take on more responsibility, have more experience, all that. You do better as you get older. And you become less dependent as you become more economically self-reliant. That's not good for Democrats. Democrats can't win without a significant portion of the population unable to help itself. They need a permanent economic underclass.

Illegal immigration is the pipeline to maintain a permanent underclass. The people in it may change, but they need a certain percentage of the American population in poverty, in need, in dependence of government for their own survival. If the Democrats don't have that, then they can't make a play for the expansion of government and welfare here, free education there, free welfare over here, free college tuition. The more people economically viable, the more Americans who are economically self-sufficient, the more wealthy the American people are, the worse it is for the political fortunes of the Democrat Party.

Now, this may offend some of you tuning in for the first time, but do not doubt me on this. Because it is an Undeniable Truth of Life. The Democrat Party cannot survive without a constant, permanent underclass. Illegal immigration -- i.e., open borders, a way for illegal immigrants to get into the country -- by definition they're not gonna be self-reliant. That's why they're coming here. Most of them are not even gonna speak English. 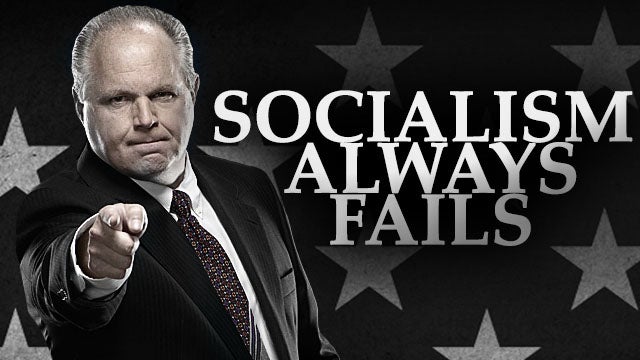 The Democrat Party needs -- this is why this business about Bernie Sanders being a socialist is so funny to me. The Democrat Party is a Socialist Party. They don't oppose Bernie Sanders' policies, folks. They simply oppose that he's so open and honest about it. He's gonna go down in flames. But they don't disagree. If every Democrat could, they would give away free college. If every Democrat could figure out a way to get elected doing it, they would forgive student loans. It's who they are, it's what they believe in. It's how they want power.

There were solicitations for people to get hooked up with the program if you didn't have food, which, okay, nobody wants. I don't want to see anybody starve the country. But you never see reports come out from the USDA, "Big reports that come out and say, "Seven million people left food stamps last year.