CALLER: Hey, Rush. Thanks for taking my call. I have a follow-up comment on mail-in ballots, if I may. But my question is on sports talk radio and where do you see it going after the election, you know, depending on who wins the election November 3rd as far as the whole BLM, you know, kneeling for the anthem thing, as far as that goes?

RUSH: So you're asking me to forecast where I see professional sports going after the election depending on who wins? 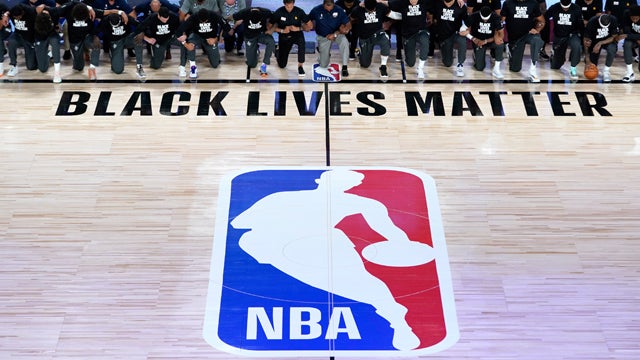 RUSH: Yeah. Okay. Pondering this. And then you said you had a follow-up on mail-in ballots and so forth. I tell you what.

RUSH: I'm down here to 45 seconds left in the segment. Can you hang on through the bottom-of-the-hour break? 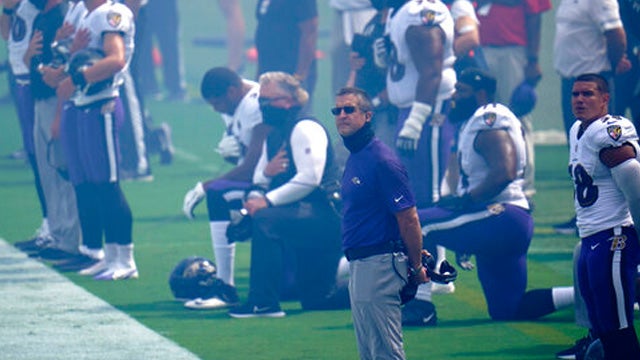 RUSH: Okay, good. I appreciate it. 'Cause there's no way I can answer this between now and then. I think professional sports leagues have all kinds of trouble. I think every business has gotta be open to completely redoing their business models. And I think some of them are pretty much up to speed on what they face. Others are clueless. And so much is gonna be shaken up, upside down. Market size mattering, for example. We'll talk about it when we get back here.

RUSH: Let me get back here to John in San Diego, California. A first stab at your question, let's deal with the NFL first, because I think the NBA has learned its lesson. If the National Football League doesn't realize that it's gonna have to distance itself from Black Lives Matter, if it doesn't figure that out and figure it out soon, then it's gonna be in a world of hurt. The NBA has figured it out. The NBA has said their days with being associated with Black Lives Matter are over after this season. Did you see that?

CALLER: Oh, yeah. Yeah. I read that they're not gonna have the logos anywhere.

RUSH: Not gonna have the logos, they're not gonna have the slogans on the jerseys or on the court or any of that 'cause it bombed out. It bombed out. It is not why people wanted to watch. People don't want to watch sports for social justice anything. They want to watch it for all the reasons that we know. The desire on all these sports people to be relevant in terms of social justice or whatever the hell else as a marketing opportunity is something they're just misjudging like I have never seen marketing departments misjudge anything else.

So the NFL is going to have to distance itself from an openly communist, Marxist organization. It is going to have to eliminate whatever official ties that it has with Black Lives Matter. If it doesn't do that, then they are going to continue to have trouble. They're also gonna have to figure out a way to get fans back in the stadium. That's gonna be largely related to public health and COVID-19, who's calling the shots on that. If Trump wins -- you've given me two options. If Trump wins, what are they gonna do? If Biden wins, what are they gonna do? Right?

RUSH: It's hard to say. Because there's so many variables that go into this. The NFL right now is undergoing, as are all industries, is undergoing transformation and damage that not all may be seen, may not obvious to everybody. There also may be some potential benefits or opportunities that could be presenting themselves that are gonna have to be spotted and seen for what they are as well.

If Joe Biden wins, and if, as we suspect, Black Lives Matter and the radical left of Alexandria Ocasio-Cortez begins to take over the country and implement the policies that they stand for, the best thing sports could do would be to back out of politics, don't have anything to do with it, just go back to the way they ran their business beforehand. Don't try to tie in with it. Because I guarantee you the vast majority of the fans in the NFL are not Marxists, they're not communists, they're not radical leftists, and they don't want the NFL or Major League Baseball or the NBA to become that. 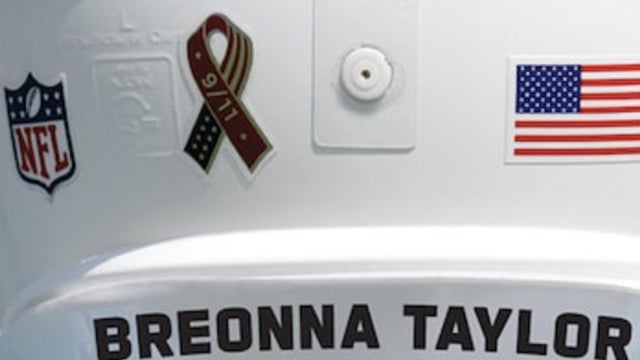 Even if Biden wins, their best bet is to stay away from it. If Trump wins, then they had better pay attention to what that means in terms of the opinion of the electorate and who that is and what that represents. To me this isn't hard. But these guys make it hard because they get caught up in assuming, for example, like politics, that Twitter is America. And it's not. Twitter is not America.

But a lot of these marketing firms at major businesses assume that it is, think they've gotta position themselves so that they're on the right side of whatever Twitter thinks is cool and hip, and they end up doing themselves, in many cases, irreparable damage. It's not hard. The NFL just needs to go back and study what they were doing when they owned it.

They were the number one sports enterprise in the history of the world. What were they doing then? Why were they? What was their focus? What kind of political involvement did they have? What kind of political attachments did they have? What did people think of them politically or not? And then be confident in the decision they make. Do you disagree with any of this? Feel free, if you do.

CALLER: No. Not at all. I think basically professional sports is caught in a rock and a hard place. They're kind of like, you know, what do they do? It's like the bottom line is, you know, is the bottom line. It's money, you know. They're gonna bleed fans and viewership, they're not gonna make the money to pay the players, and they just go, you know, kaput. So it's kind of a --

But that's coming. There's all kinds of support staff that can't be paid when you're not selling tickets. And then the broadcast rights fees are coming up for renegotiation. I don't think TV ratings are as through the roof as everybody thought they were gonna be. I think there's a lot of people scratching their heads over what's going on because a lot of people in these marketing departments still are not qualified. 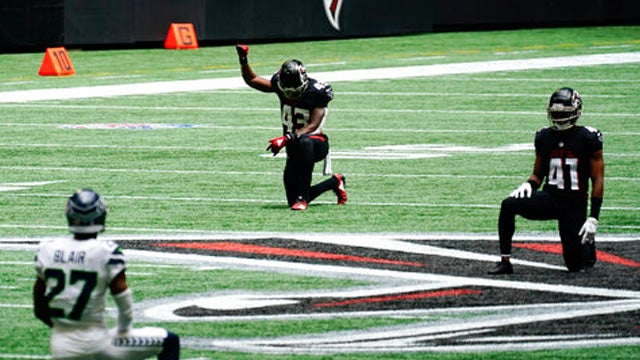 CALLER: Oh, my mail-in ballot comment was, this is a dirty little secret on the mail-in ballot. Two of my friends who are Democrats, they just wanted to vote on the issues in the propositions, but they didn't vote for or against Biden. They just didn't vote on the president. You know, so I think a lot of Democrats are either gonna not vote or are gonna vote for Trump. So that might be a factor, too, because I'm just one guy that knows two people that didn't vote either/or for POTUS, and it's like okay, I'm just one guy --

RUSH: So how does that hurt them 'cause you said it hurts Biden.

CALLER: Well, a no vote for Biden is not a vote for him, so I think he loses a lot of Democrats that are assumed to have voted for Biden.

RUSH: Well, yeah, but in your scenario it's not a vote for Trump, either. So people that are not voting, (raspberry) them. I mean, they're not offering anything to the equation.