RUSH: Trump and the suspension of the payroll tax, the Democrats' panicked reaction to it. Oh, by the way, guess who now wants to talk to Trump about the extended coronavirus bill? 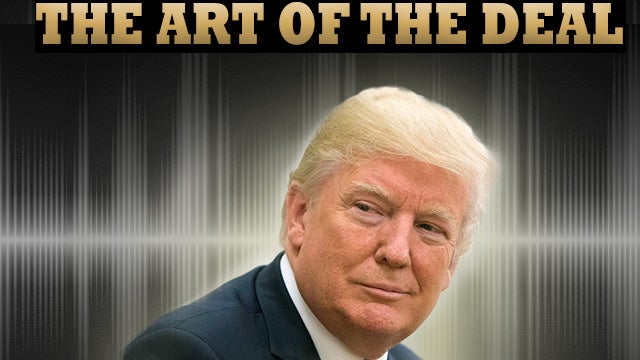 That would be Schumer and Pelosi. He called their bluff, and he's going to, with executive orders, go ahead and follow through on coronavirus continued relief for people who are unemployed, and they now want to be part of it.

RUSH: There was a tweet on Friday or Saturday by Mark Knoller, who used to be at CBS. They fired him in a bloodletting. They had to get rid of some people. It was to reduce the number of staff kind of move. So he's out there. He was beloved within the Washington press corps so he still tweets, and they still report the tweets.

And his tweet was: "Pres says he's ordering a payroll tax holiday for those making less than $100K/year. Would be in effect from August 1 to the end of 2020. Says if he's re-elected he'll extend the holiday and terminate the tax."

The first executive order continues additional federal unemployment benefits at $400 a week. That is $200 a week less than the Democrats were demanding. And the states are expected to way one-fourth of this, or $100. The second executive order creates a payroll tax holiday for Americans earning less than a hundred thousand dollars annually. The third executive order extends the eviction moratorium on federal subsidized housing. And the fourth executive order suspends student loan payments. 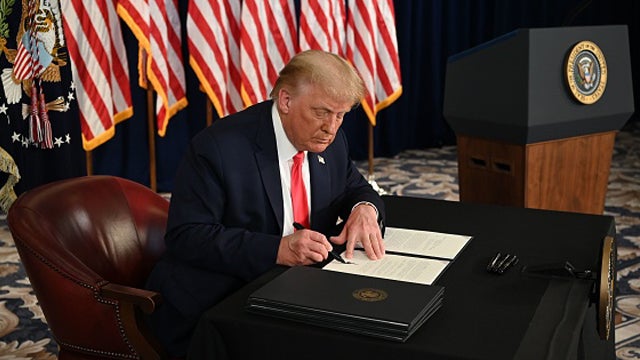 And this is still not, or it was still not, good enough for the Democrats. They blew up. Now, the media isn't reporting it, but Trump is using FEMA money to pay for this. He's just shifting the money from FEMA over to where he wants it to go here under the authority -- are you ready for this? -- under the authority of the 1988 Stafford Disaster Relief and Emergency Assistance Act, meaning it's lawful. The Stafford Act is the law under which the executive branch provides assistance to state and local governments after a natural disaster, which the coronavirus lockdown surely is.

Good grief. If there ever is a definition of a natural disaster caused by us, it is this, shutting down the U.S. economy and destroying it? So Trump is well within the law to do this, and he did it because he couldn't get Pelosi and Schumer to go along with him.

Oh. But then just this morning, 30 minutes before the program began, the president tweeted the following: "So now Schumer and Pelosi want to meet to make a deal. Amazing how it all works, isn't it. Where have they been for the last 4 weeks when they were "hardliners", and only wanted BAILOUT MONEY for Democrat run states and cities that are failing badly? They know my phone number!

So Trump's point is he issues the executive orders, takes care of the problem. They're not part of it, their fingerprints are nowhere to be found on the solution. He is totally within his legal rights to have these executive orders, to issue them, now all of a sudden they want to talk to him. Now Schumer and Pelosi want to meet to make a deal.

And I have a companion story here in the Stack. Liz Peek, Fox News, the Fox Business Network -- by the way, the Fox Business Network, they're not nearly as politically focused as the Fox News Channel is. By definition, they wouldn't be. They're more focused on the business aspect of things. And Liz Peek has a story here: "Trump's Big Win On Relief Orders - Here's Why Pelosi, Schumer Are So Unhappy." 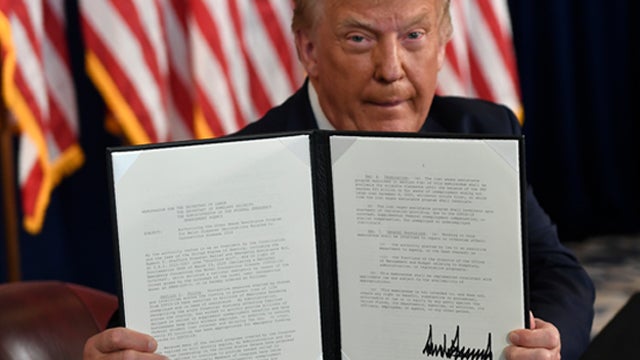 Now, I know, folks, that it's inescapable, the mainstream media makes it look as though we're always losing. And it's tough, I mean, you have to acknowledge it. It's just a look. It's just an appearance. It's never universally true. But they make it look that way. It used to be the case that we were losing more than winning.

But the thing is, Trump does not lose. He may get setbacks now and then, but he's a problem solver. You might say he's an addicted problem solver. He's highly motivated to find ways around blockades like Chuck and Nancy, and not by caving to them. This is the thing. He doesn't try to appease them. He finds legitimate ways around them, and he takes them, and then here they come now wanting to be part of it.

RUSH: Now, back to Liz Peek. I just need to share a couple of pull quotes from this story of hers because she is convinced that Trump is just running rings around Pelosi and Schumer and that they're unhappy and they want to be part of the deal. They're very upset that Trump went the executive order route.

She says, "The president boxed the Democrats in - how can they possibly challenge his orders or take his mandated benefits away from people?" Now that he has mandated these benefits, how can the Democrats take 'em away?" Don't put it past them. They are all about creating chaos.

I think there is a great likelihood that that's true, but now that Trump has come along and used the Stafford Act to extend coronavirus benefits legally, now if the Democrats do anything to try to stop Trump, they are going to be seen as taking away these benefits and torpedoing the U.S. economy, which they want to do, but will they?

Anyway, hang in. Your calls are coming up.